Despite being up at an unseemly time for a Sunday, I didn’t get round to running until this afternoon. At half seven, I was sitting in the living room listening to the rain lashing against the window while I planned a route. However, given the meterological prospects for the day, I realised that it was far more pleasurable planning the run for another day rather than actually completing it this morning.

Instead, I pottered about for a bit and then went up to my mum’s to help set her up with a new laptop (she ventures on here now and again – Hello Mum!). Laptop sorted, schemes plotted, world set to rights and its 2 o’clock. I toyed with the idea of running near mum’s and staying for lunch, but I realised that I had to go home and avoid the ironing, so off I went. 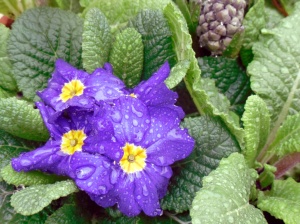 Defintely a splash of colour

The route that I chose was one that I thought was four miles, but turned out to be nearer three so I had to do a bit of funny looping round to get the extra mile. If I was alone, I probably would have settled on three miles, but I was being chivvied along by the 40 minute Rollercoaster mix from Audiofuel. This was one of the tracks that I picked after my efforts with last year’s and listening to it today, I realised that I’ve not really commented about using them on here. In short, I bloody love them. 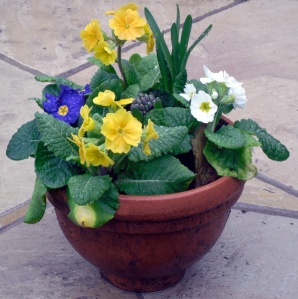 Fair enough, they’re not the sort of tracks that I’d listen to in the car (although being reminded to breathe and relax might come in handy on my daily commute) but I can run to them quite happily. I use the tracks with coaching and find that my running style becomes better and (whisper it) I feel like a runner when I’m listening to them. I don’t realise that I’m holding tension in my shoulders until the voice reminds me to relax and then I notice that they’re up round my ears. Over summer I used the long run tracks to gradually increase my mileage (I managed to get up to 10 miles, then panicked and barely ran for a month) and I’ll definitely be using them again when Janathon’s over. In fact, to mark being over the Juneathon hump, I’ve just downloaded an interval session to brighten up this week’s morning runs. 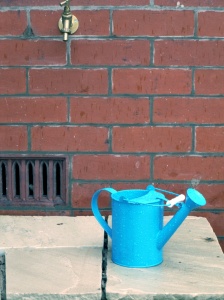 Watering can with context

Due to the re-routing of this weekend’s runs, today’s photos were taken in mum’s garden and were inspired by a post at Little Cotton Rabbits, which introduced me to the idea of the Splash of Colour project (link includes photo of cows…) and seemed just the thing this grey, wet weekend.

Watering can with context