It goes without saying that getting up to run before 6.00 is a lot easier in June than in January. Even in January some days are easier than others; I will wake up before the alarm goes off, spring out of bed, get my kit on and be out of the door with a spring in my step. Other days it is a bit more of a Lazarus-like scenario. Today was somewhere in between. I hadn’t slept brilliantly and had even dreamed about having to blog whatever I was dreaming about (luckily the details are hazy). However, I knew that if I didn’t get up immediately, I would fall back to sleep and Janathon would end up as me running laps of the Malm department at Ikea.

So, up, appropriately dressed, Miles charged and with a signal (I assume he knew that he would have been thrown across the garden had he not located his satellite at the first attempt), hi-vis blaring, shuffle on and time for some intervals with Audiofuel (Pyramid 180). It wasn’t pretty. I kept my feet to the beat, mindlessly followed the instructions, managed to stop Miles during the first 30 second sprint, pondered whether I could call it a sprint when it felt more like a waddle, marvelled at how the 75 second sprint felt like twice that length, came down the other side of the pyramid relatively unscathed and cooled down all the way home.

My legs are somewhat grumpy – I think I will try to shut them up with a bit of foam rolling, my (slightly neglected) rehab exercises and a rest of more than 12 hours between runs. 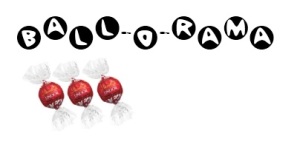