It’s been a grey day today. Rain and wind this morning. Bleak grey skies this afternoon. Even when the sky broke through the clouds, it was a pale washed out blue like a white sheet that’s gone through the wash with a stray blue sock.

It took a certain amount of procrastination before I ventured out for my six miles and while I was out there, I decided to focus on whatever brightness I might stumble on. 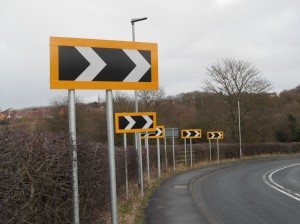 Despite the bleakness of the bare trees against the grey skies, the grass in the fields was a lush emerald green and seemed even brighter next to the black churned up mud that cuts through them. 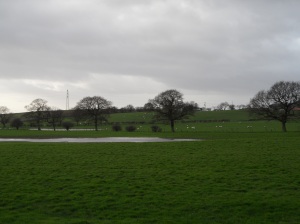 The winds had taken their toll on local umbrellas – this was the third and certainly the most colourful broken skeleton that I spotted on my run. 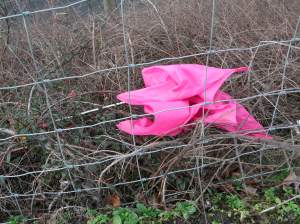 At home, I had a bit more of a splash of colour in the form of this week’s creation from the Book of Dan (lemon and poppy seed cake).