Who am I kidding? We watched Batman, I had a couple of glasses of wine and I carried on knitting the final 25% of my socks. I woke up in time for Big Ben on the radio and a small arsenal of fireworks going off outside before promptly falling asleep again.

Rivington from a distance

Ah well. What I did manage was to use Janathon to procrastinate over actually going out to do Janathon. It was for all of your benefits (honest) as the time was wisely spent creating a Janathon Google Reader bundle so that all of the posts are in one handy location (I take no responsibility for the hours that you will inevetiably lose whilst trying to keep up with everyone else’s posts – it is like trying to stop the tide). Anyway, during the time that I spent faffing around on the internet in my pyjamas the sun came up and the sky was blue (in parts) and I realised that I better get myself out of the door before Ginge came home from work (especially after he texted to say that he’d done 15.5 miles on the exercise bike). 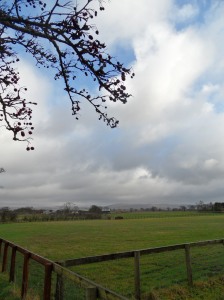 Trainers on, Miles fully charged, out of the door…and nearly straight back in again because blue sky or not, it was bloody freezing out there. Running into a very bitter wind, the first mile took somewhere around a week to complete but the rest wasn’t too bad and I even managed a decent pace in the last mile or so. 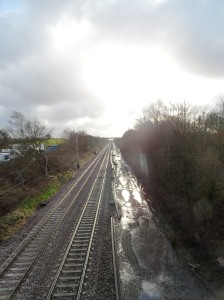 11 thoughts on “Janathon day one: Fields”