While I’ve been starting to run again, I’ve been running the same route. On the one hand this has really helped me to see my progress as each session I’ve been able to see that I’ve gone just that little bit further. On the other hand, it’s quite boring.

Today I had the freedom to run during the day so I hopped in the car and went off-road. Well I went running off-road, not off-road in my car. I drive a Clio, it’s not built for that kind of thing. Anyway, I went down to Cuerden Valley (home of the Cuerden Valley parkrun) and tried to avoid the hills. Rather than take the direct route down to the main path, I adopted a policy of “oooh, where does that go?” and kept darting off down paths and tracks, sometimes tackling a little bit of hill (just to remind my legs and lungs that they exist) and sometimes discovering that they didn’t actually lead anywhere.

It was all very stop-start, but it was so nice being out in some scenery. 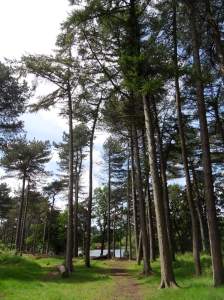 And I timed it perfectly to avoid clashing with a group of excited, welly-wearing schoolchildren. Which was just as well because I had an overwhelming urge to run through this. 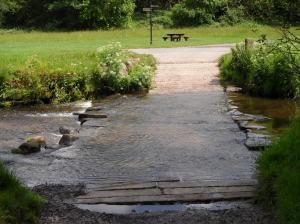 And then squelched back up the hill to the car park, pausing to take a photo of some cows (because it’s not an Athon without taking a photo of cows for JogBlog).

Today’s run was shorter and slower and probably completely pointless in terms of the couch 2 5k plan, but it put a massive smile on my chops and sometimes that’s far more important.

8 thoughts on “Juneathon day eleven: on the trail of fun”