On a night out a couple of weeks ago someone showed us a photo of a pothole in our village (that’s the kind of wild rock’n’roll nights out we have). At the time, we denied the hole’s existence and declared the picture to be photoshopped because the traffic cones had funny perspective. Yesterday I drove past the end of the road where the hole allegedly was and noticed that it was home to some shiny JCBs and there was a mini diversion in place. ‘Ah’ I thought ‘So it was an actual hole’. In the days between these two fascinating events, abradypus added ‘pothole’ to my treasure hunt list.

This morning, I got up at 5:15 to do a three mile out and back, taking in the amazing hole that was worth people showing off in the pub. And they’d only gone and filled it in. I’m still claiming it. 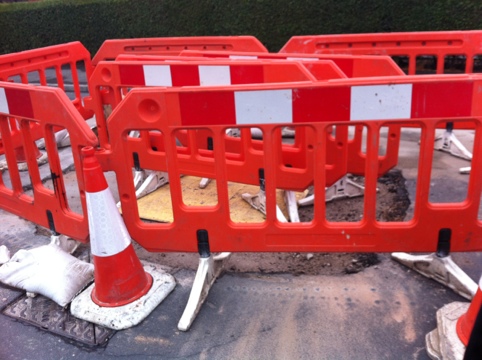 A few people have asked about the rules of my treasure hunt. When I first had the idea, I planned to have a list of 30 items and would do one preordained item per run. Then I realised that I would most likely go insane. So I have decided to take a more flexible approach to the hunt. Basically, I will try to find at least one item on each run, for each item I find whilst running I will award myself 3 points. I’m also letting myself claim things that I stumble across when not running, but for those I will award myself 1 point. Thanks to JogBlog’s natural sense of joyful evil, I will also be putting some items up for a vote and will try to find the winner on a particular run.

Technically, the list closed at midnight last night with a grand total of 67 items. 67 is a very untidy number and I would be much happier and able to relax if it was a nice round number. Seeing as it’s my rules (and I’ve just realised that Jen, Phil and Morning of Magicians gave me some wonderful suggestions that I somehow missed yesterday) I’m going to add these other suggestions and recalibrate the list. Starting with… the Olympic torch relay.

The other reason for my early start was that the Olympic torch relay was passing though town at 7.20 and having been stuck in a meeting and missing it pass right outside my work yesterday, I decided to go and have a look. It was very brief and strangely moving. 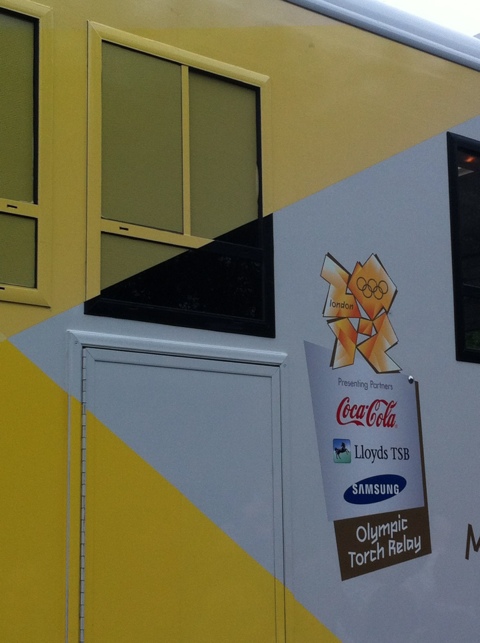 For anyone bearing torches later in the route (Hels, I mean you) I would say, make sure that you wear good undies that don’t give you a VPL because a lot of people are going to take photos of your bum. 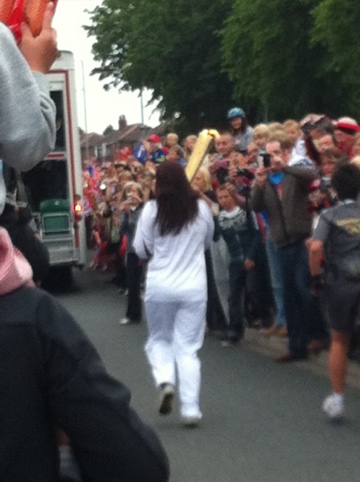 Thank you all for your suggestions – I fear for the sanity of some of you.

UPDATE: I also fear for the sanity of me. Due to tiredness and being a numpty, I somehow missed a load of suggestions, so I’ve recalibrated the list to an equally untidy 79.

UPDATED UPDATE: Just spotted that we had two badgers in the list, I have culled one but we’re still untidy with 78. I’m not very good at this am I?