It feels like ages since we were trapped in the tyranny of Juneathon, but it’s only been ten days. Originally, my plan was to have a couple of rest days and then (gulp) start following a proper half marathon plan in preparation for Folkestone in September. What actually happened was that I had a couple of rest days, then had a canal running plan scuppered by Peter Andre (well he’d been playing a concert at Haigh Hall the previous night and there was another day of music due to start when we tried to park up on the Sunday), then it was Monday and back to work… So two rest days became four and then I realised that I had to get my trainers on otherwise I might never run again.

The four rest days did give me chance to pore over the training plans that I was considering and I spent that time comparing and contrasting the Runners World Garmin-ready plan with the 2:09 Events plan. The two are fairly similar (well they are for the first four weeks, I can’t bring myself to look past there) but turn out to be exactly the same in that I hate them with a burning resentment. I appreciate that a training plan will keep me focused and help me to reach my potential, but they’re rubbish and harder to schedule than any of the bloody Athons. My main complaint is that they don’t seem to allow for, well, life. Or fun. Or any kind of running that’s not determined by The Plan.

I have planned my first three weeks on the kitchen calendar and have had to negotiate – the Juneathon picnic, giving blood, going for tea at my mate’s house, the wedding of an old rugby mate, the inevitable resulting hangover from the wedding of an old rugby mate and our fourth wedding anniversary. This is in addition to the fact that sometimes I like to run and have a natter with my mate. And sometimes I like to run an unknown distance along the canal stopping to take photos of ducks. If anyone knows of a plan that incorporates that kind of activity, let me know.

As it is, I’ve done the first week back to front, substituted the scheduled intervals for an Audiofuel pyramid and ‘rescheduled’ today’s three miles because I tired and quite frankly grumpy.  The 2:09 plan states that this week’s training is for ‘getting time on the feet and the start of a gradual build up of training’ and having just done 30/30 during Juneathon, I think that this is the least of my worries. My current mindset is to use the plan as a guide rather than, well, a plan. We shall see how successful this is over the next couple of months.

Yesterday was the Juneathon picnic in Hyde Park. In true Athon style, I was up stupidly early to catch the train down to London (although I am now beaten in the Most Miles Travelled to the Picnic category as Unshod Northerner came down from Darlington. Pah) where I successfully negotiated the Tube to meet up with Helsie who introduced me to the delights of Borough Market and the most amazing brownies ever at Konditor & Cook (their sausage rolls are rather gorgeous too, despite the inclusion of carrots).  Despite a lack of directional skills, we made our way over to Hyde Park and located JogBlog, there’s a six pack under here and jen runs 2011 who were guarding the picnic while abradypus, I like to count, unshod Northerner and Journalathon ran round the park. Food was scoffed and we were joined by disjointed tales and it’s better to burn out than fade away before catching trains/retiring to the pub then catching trains home.

Things I learned at the Juneathon picnic: 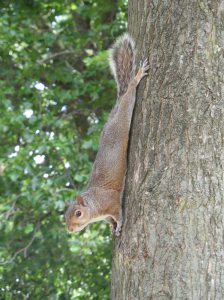 According to Hels, he's plotting to take over the world

6 thoughts on “I have a cunning plan, or, Juneathon – the aftermath”